Our Faith can move Mountains Matthew 17:20 Our charity work is very important to us. Our main charity is Serrekunda Lower Basic School in the Gambia. We established a link with the school in 2012 and have held a number of fundraising events since, raising a total of £2,800. Serrekunda has used this money to improve facilities for the children. Here are some pictures of the school and the children. Since then our School Council has discussed further ideas to raise money for the school and in March 2016 organised a sponsored run which raised a fantastic £1,200. The school expressed a wish to improve their toilet facilities and to start a garden within their grounds, similar to our Eco Garden, in which they could grow food. Our children have written to the school and received letters back from the school children along with some photographs showing how the fundraising money has been spent. Take a look at the area within the school grounds and how it has been transformed. We pay a monthly subscription to support the World Wildlife Fund to help protect some of the world's most vulnerable animals. The children chose to adopt a panda. World Wiildlife keep us updated through quarterly newletters which highlight the progress being made.

In 2017 our School Council decided to support Project Mala, following an informative visit from Robin Garland, one of the directors of the chariity. The project was founded in 1989 as an action programme for the abolition of child labour in India. The programme includes education up to secondary school level, hot midday meals for all children and healthcare facilities. Eighty percent of the funding comes from individual child sponsors. After Robin's visit, the Council decided they would like to sponsor two children. We now have two more children 'on roll' - Shristi and Vikas.

The School Council decides which other charities they would like to support. Here are some of the good causes we have supported: 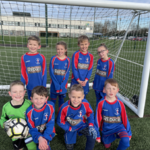 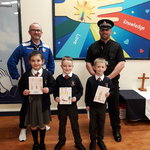